Yes Gamera is a giant Japanese turtle, for us it’s just a piece of elegant code that solves the equations of magnetohydrodynamics (MHD) in non-orthogonal, curvilinear grids. Gamera stands for “Grid Agnostic MHD for Extended Research Applications” Here’s the “official” design of the Gamera logo by artist at the Johns Hopkins University (JHU/APL). 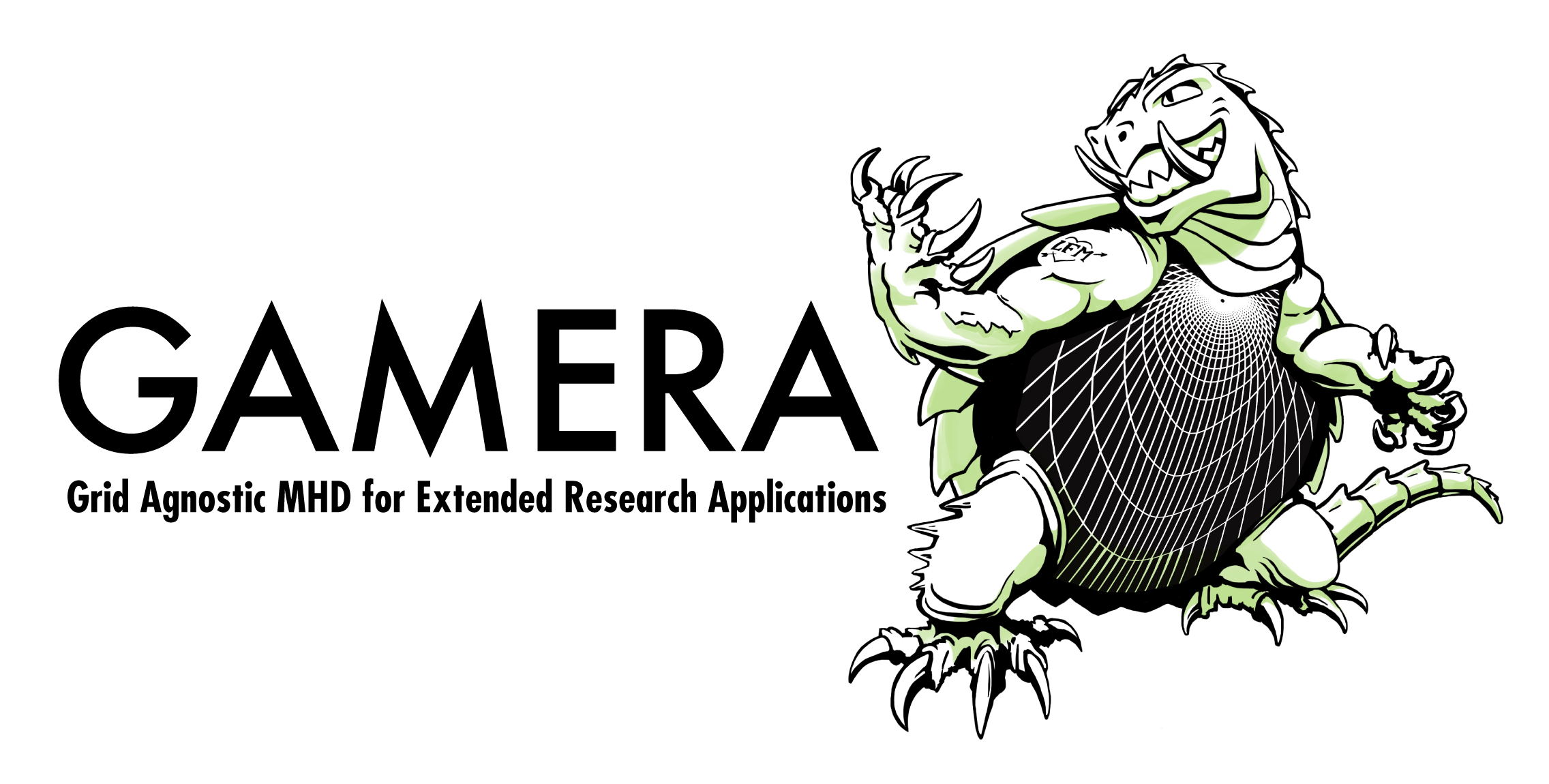 Gamera is a new magnetohydrodynamic (MHD) code for simulation of diverse magnetized plasma environments. It is a full rewrite of the high-heritage Lyon-Fedder-Mobarry (LFM) model. Gamera is a flexible, portable, user-friendly and exascale-capable code designed to take advantage of supercomputer architectures of the future.

A brief history of the LFM code

The LFM code has some quite unique numerics to handle magnetospheric problems (basically hitting a beta<1e-5 plasma in a dipole field with a Mach 10 flow):

The code still runs quite well on existing architectures (right now it’s the NCAR Cheyenne super computer system). However the code was written almost 40 years ago and speed and portability on future supercomputers become an issue with time. Also the majority of the community does not have access to the code and cannot adapt the LFM code to their own research applications easily. Therefore we re-envisaged the LFM to be Gamera.

Well the name is originally from Professor John Lyon, given that the name “Lyon-Fedder-Mobarry” did not come from himself, it’s fair that he got the chance to name his terrific and extraordinary contribution to the group and the space physics community.